36 replies to this topic

Yes, we will make a brake kit for GTR upgrade using the same calipers, pads and rotors (420x40mm*) as for GT500, except we will keep the caliper bolts and lug bolts with M12 so you can have a direct bolt on installation w/o having to modify your hub and spindle in case of upgrading to Nismo CCB.

See how the caliper and pad size in proportion to the huge rotor (420x40); Rear view showing a direct mount installation with a caliper spacer. 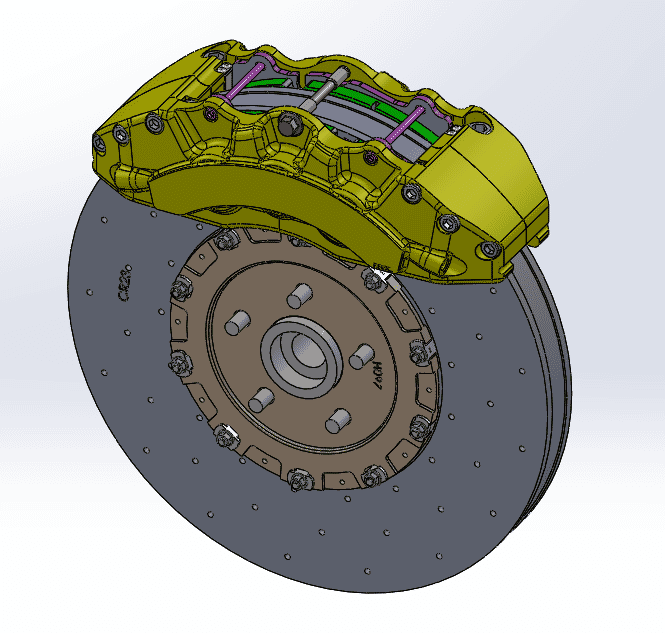 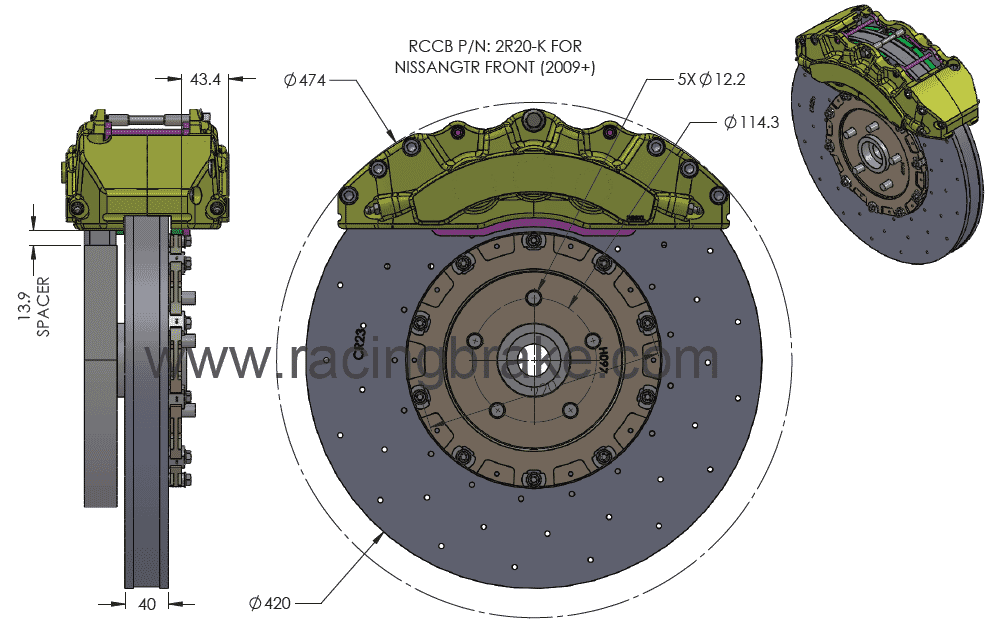 Side view (left) showing a direct bolt on installation with a spacer; Front view (right) indicating the rotors are made for a direct fit to GTR hub (M12) w/o the need of retrofitting to Nismo M14 bolts.

This is the pinnacle of a CCM brake kit that ever created which can offer GTR a bullet proof performance and we guarantee it to outperform any brake kits out there with a 100% satisfactory guarantee.

This kit moved offset outwards by 6.6mm (~ 1/4") over stock, not a lot but gives you more space for cooling air circulation as needed although we don't think it's necessary due to our angle vane design which can pump cooling air & dissipate the heat more efficient than straight vanes (OE Brembo/ST) 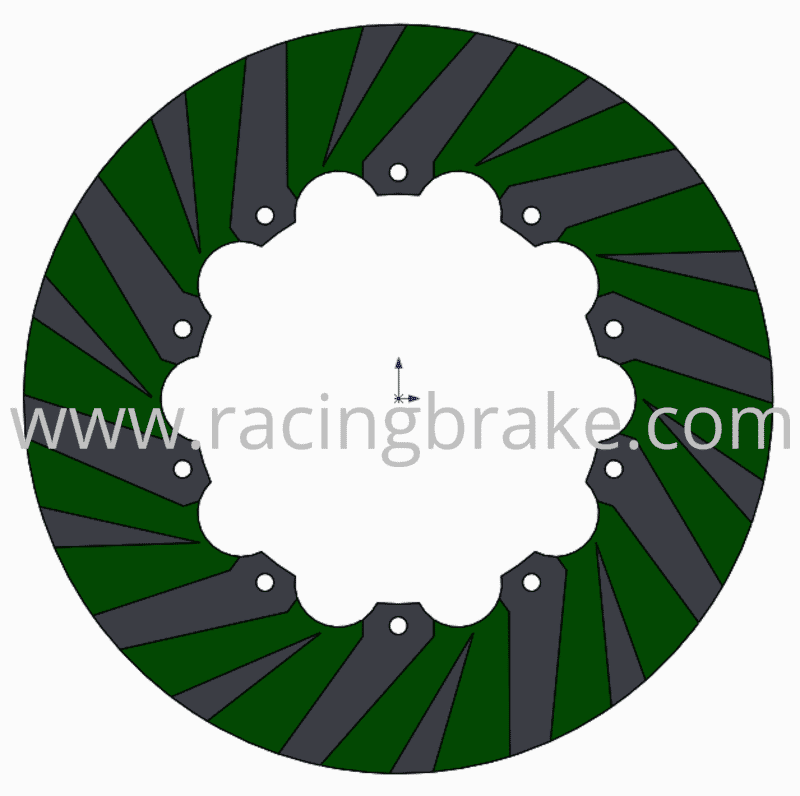 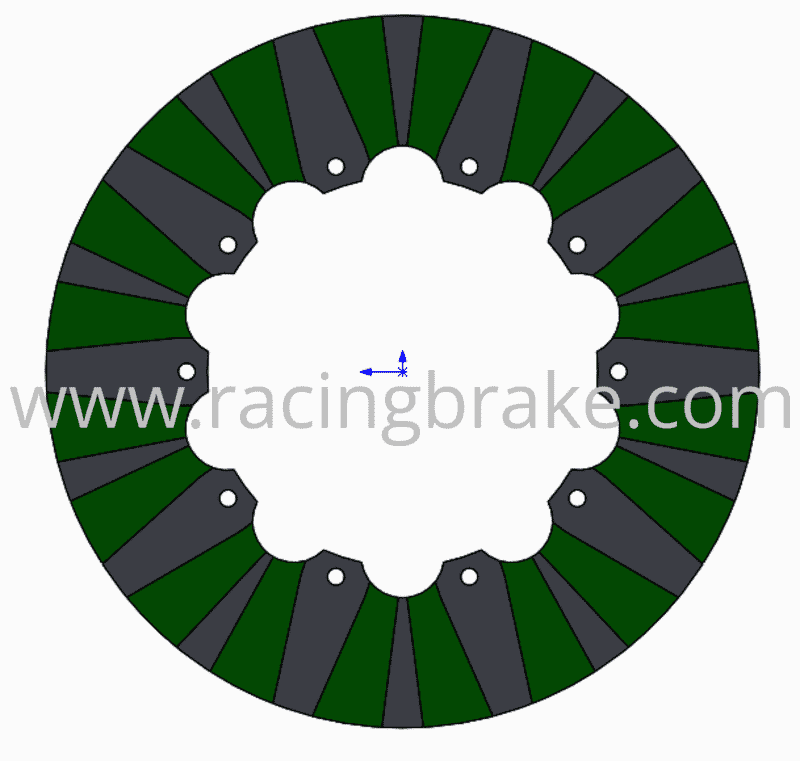 BTY this pad has the same size as Audi RS7 & Mercedes GT-R with CCB, GT500, & BMW F90 M5.  Being M5 is 20mm in thickness than usual 17mm, you can understand why Shawn's experienced no same brake issues as GTR.

I cannot argue with this in any way.  Once I had my GT-R tuned by Sharif at Forged, and some decent downforce in the rear, the stock calipers were WAYYY inadequate with the pads that were available on the tracks that I run.  The M5's bigger pad design and proper cooling seems to make a huge difference.

Once Warren can hopefully put an adequate race compound on an F90 M5 backing plate, I'll be stopping a 4255lb behemoth (4500 with my fat ass in it) in the same or shorter distance as a stock 2009 GT-R, with better pad wear.

Brakes are not "simple".  Every variable has an effect - good or bad.

My favorite moment at VIR - when the driver of a used 2015 Nismo rambled over to me after I told him I used to own a 2009 GT-R as my track car last year - said "I really really like this car.  It's so fast, and so easy to drive fast.  But the brakes are lacking".  I promise I didn't put him up to it.  I swear.  I told him I knew, but pointed him in RacingBrake's direction.

I can't agree more on your statement:  - Brakes are not "simple".  Every variable has an effect - good or bad.-

Manufacturing of F90 M5 front pad in XR70 compound is duly completed and shall be received early next week.

Pad size is very comparable to ZR1/Z28 CCM, Mustang GT500, and RS7/Mercedes CCB. The largest and thickest pad even presented so far

RB 6XL calipers will be using the same size of pad. 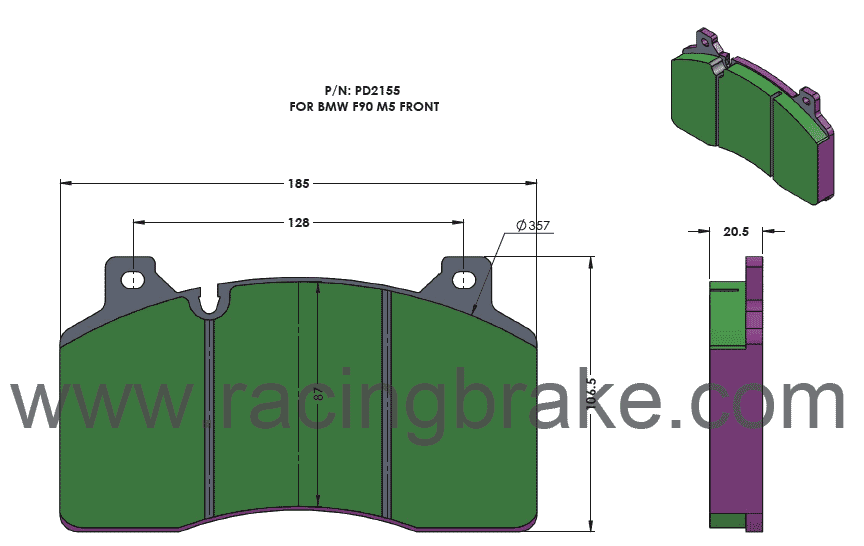 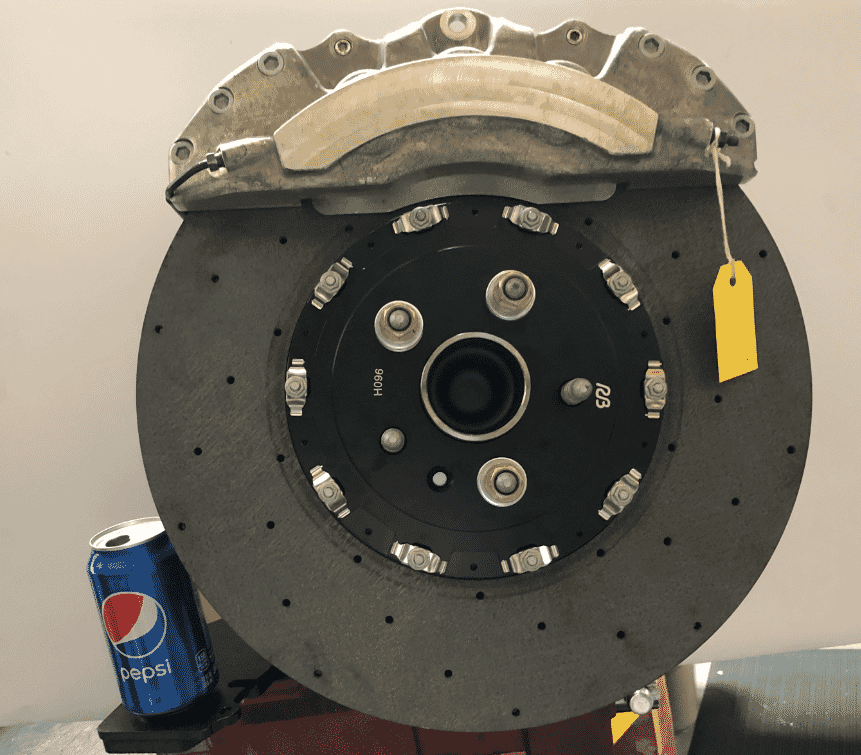 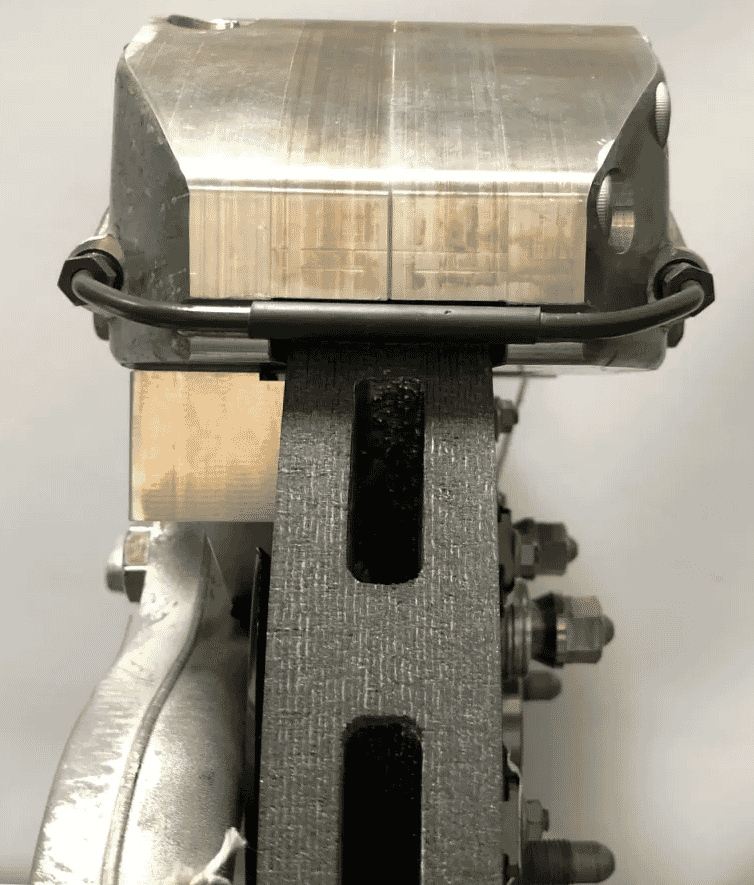 That is a beast.

I apologize if the blending with different model/applications here has confused you.

1. This thread started for Nismo 2020 brake (CCB version with new calipers and larger CCM rotors)
2. Shawn shared his experience on his BMW F90 M5 for it's trouble free brake comparing to GTR but lacking track pads, so F90 M5 brake was added to the discussion.
3. The pad size of M5 is huge 7 thick compare to GTR but very similar to Mustang GT500 and Mercedes CCB GT R and since we were making CCM brake upgrade for  Mustang GT500 so it was added to the thread
4. The rotor size of GT500 (420x40) was the largest OE set up (as Audi RS7, Mercedes GT R) ever seen and since we used the same rotor for developing a BBK for Corvette C8 so the assembly pic was posted.

Nevertheless all those cars have something in common (big rotor and large brake pad size, high horsepower, popular motorsports etc.) so I hope it can benefit GTR track enthusiasts here with the knowledge for the similar brake set up than focusing on a model/specific car.

Now the "side-product" - M5 Front pad is here. It's made with XR70 compound per Shawn's suggestion and here are the pic of fitting to OE caliper and the brake pad/caliper.

The pad set will be shipped to Shawn for his track test with feedback . 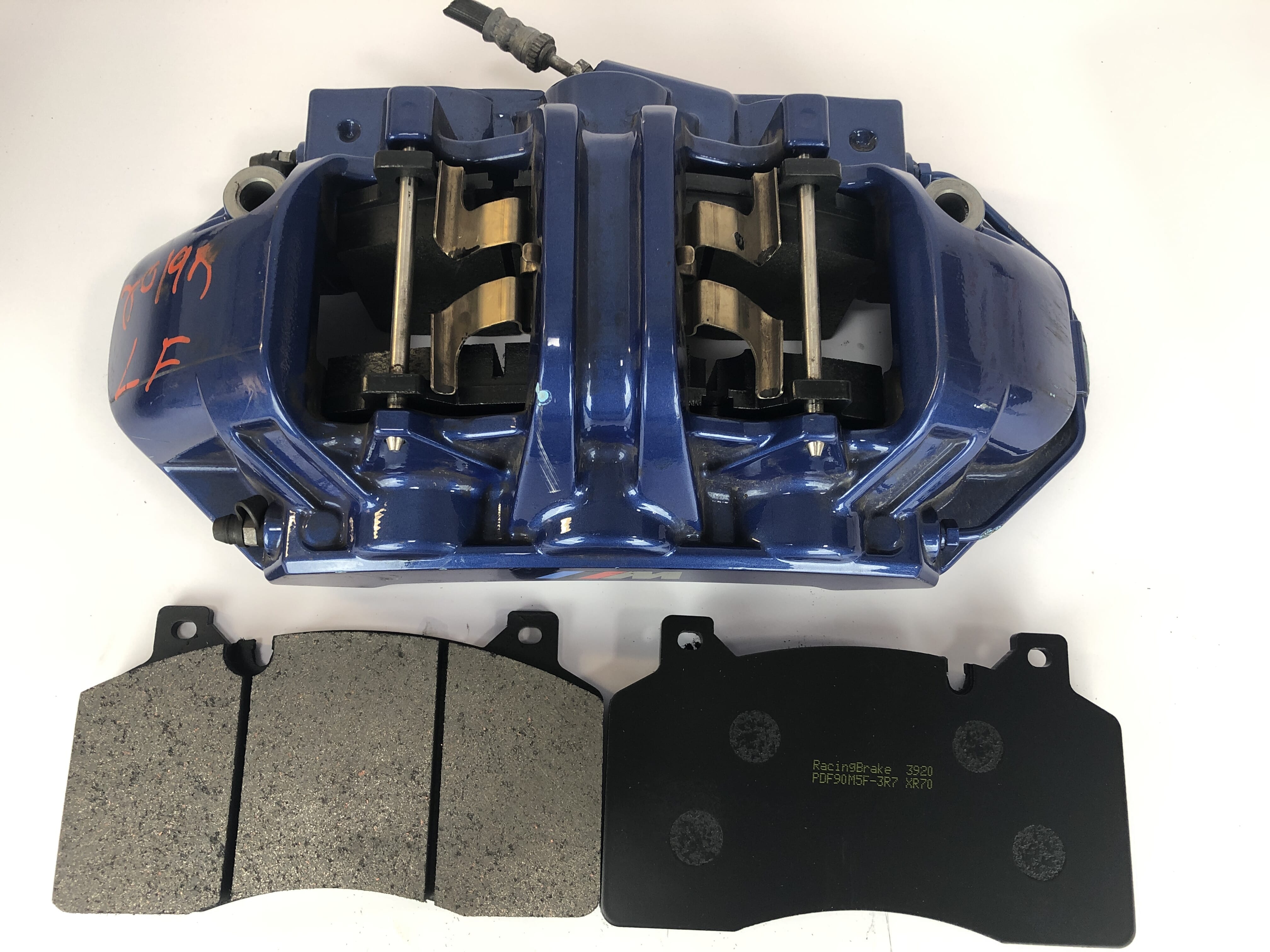 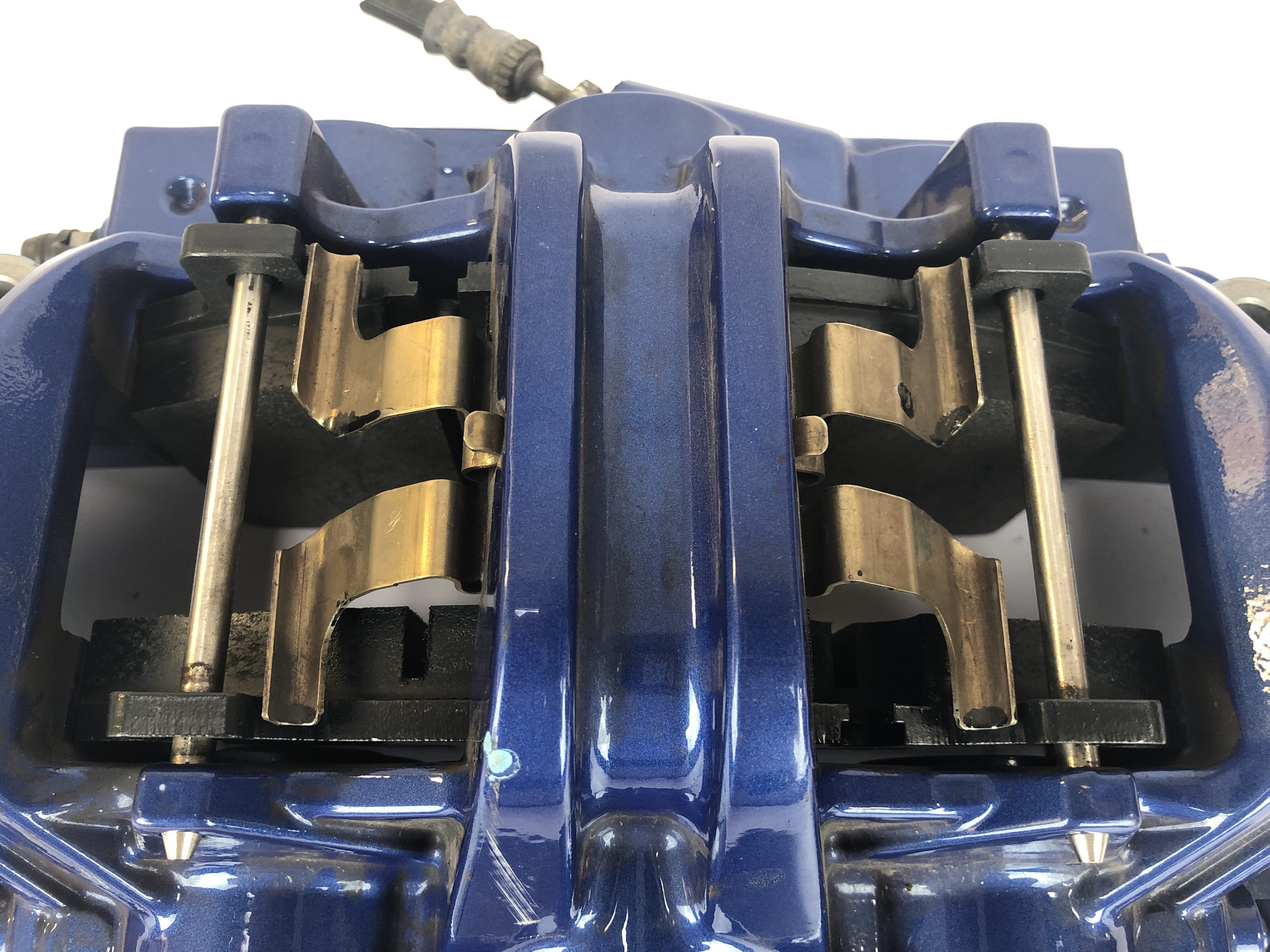 RacingBrake comes through for me again.  BTW, strongly encourage anybody who hasn't tried XR70 compound who tracks to try it.  Very durable and good performance.  I will be glad to be running them again.

XR70 is for iron rotors.

ST600 is a new compound recently released for spirited driving, here is a most recent review on ST600.

XR70 is for iron rotors.

ST600 is a new compound recently released for spirited driving, here is a most recent review on ST600.

what pad are you using for track driving on CCBs?  was it the ones that you had in testing before?

www.RacingBrake.com
Back to Handling and Suspension