23 replies to this topic

Wife got me this while shopping for last minute quarantine supplies. Clearly a critical component for survival!

Nice daughters picked a couple up for me.

Had some help from the late, great Mr Chance setting one up. 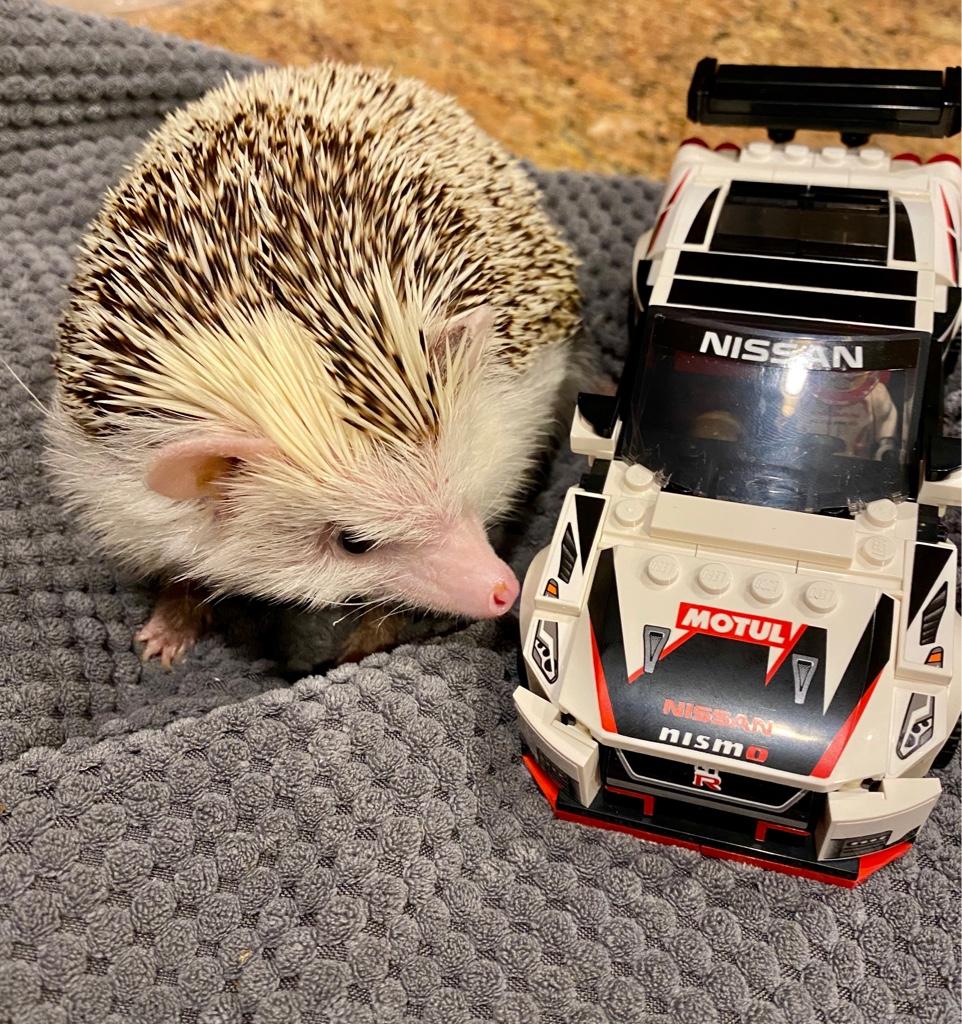 Nice daughters picked a couple up for me.

Had some help from the late, great Mr Chance setting one up.

What happened to Chance????

Bit of a tragedy here at the house. Philipp woke up one day and had a partial paralysis of his lip which progressed to an ear and then to a front leg. Happened so quickly we believe he had a series of mini-strokes. He held on for a couple of weeks hand feeding and hydrating but really didn’t tolerate it and did not want to do anything but cuddle and sleep or sleep while cuddling.

We scheduled to euthanize him on the 11th of March. Chance, his downstairs condo (cage) roommate decided on the 9th to pass away after a rambunctious night of playing. Turned out he had spleen cancer that spread to his liver. Philipp’s necropsy had no obvious signs , so we we sent out samples to a specialist and waiting to hear back.

Cancer, liver disease or wobbly hedge hog syndrome (similar to MS in humans) is the usual suspects of these little guys.

Philipp absolutely adored Chance so perhaps kindred spirits or perhaps just age. Philipp always struggled with being a hedge hog and wanted to be so much more, so perhaps next time around. This guy would come running when you called him and we would let him roam the entire first floor. Chance was a rescue so he lived to eat and sleep hahah. Like me.

Pretty hard hit at the house, but these guys had the absolute best life and they were spoiled beyond belief. 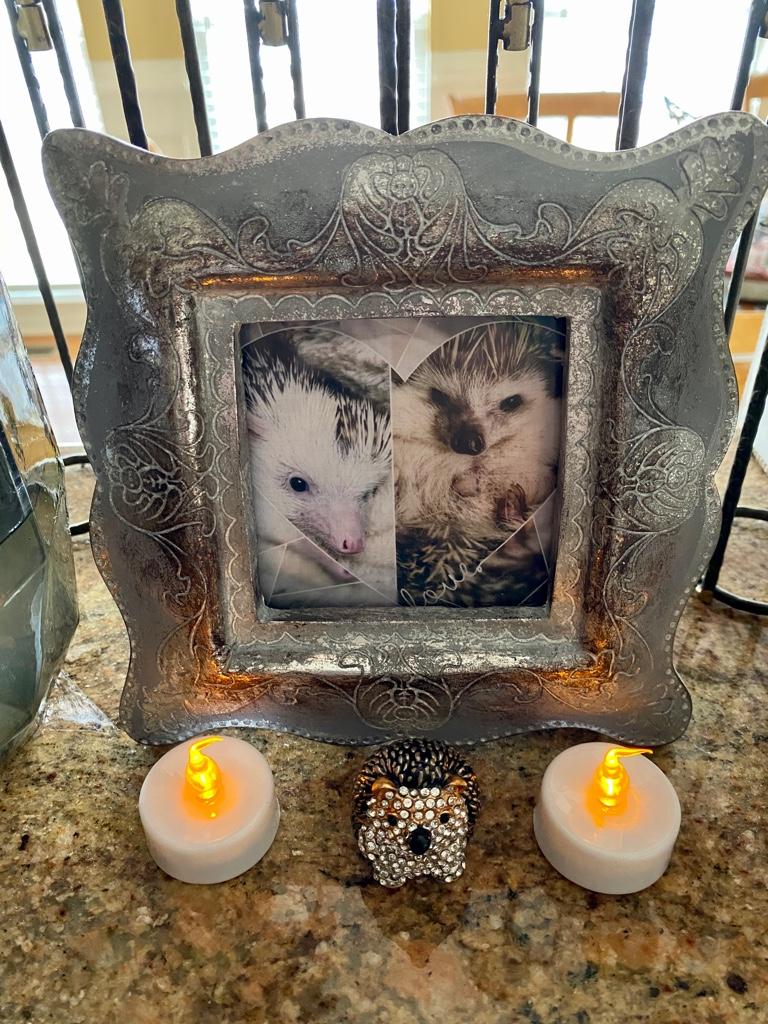 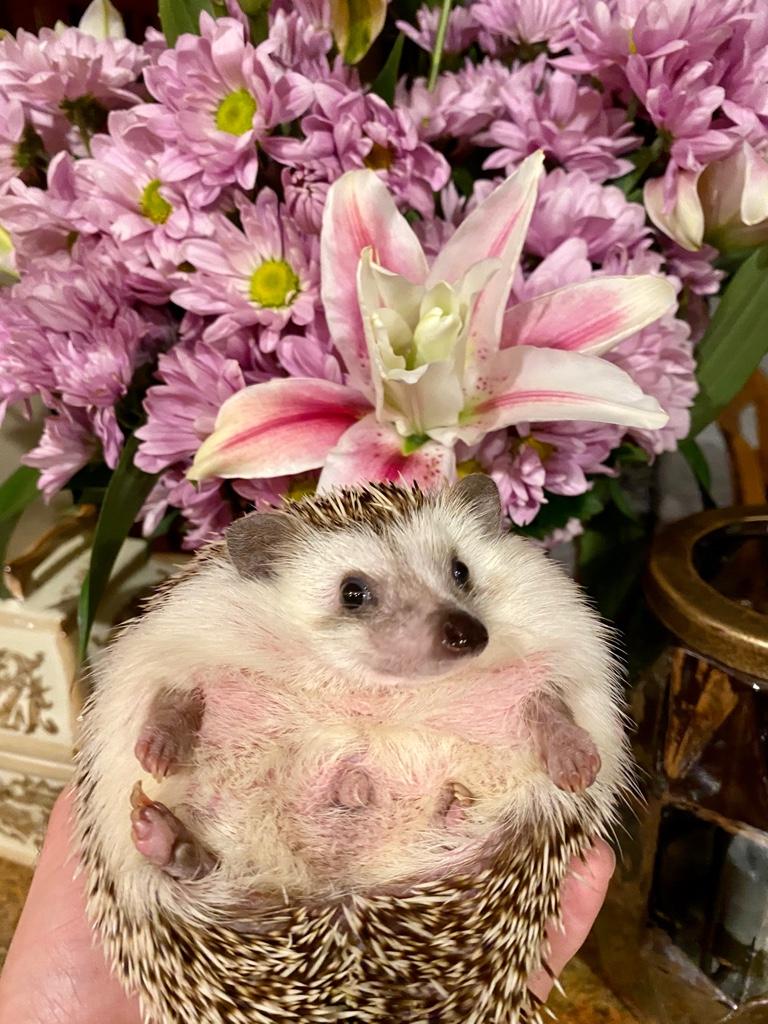 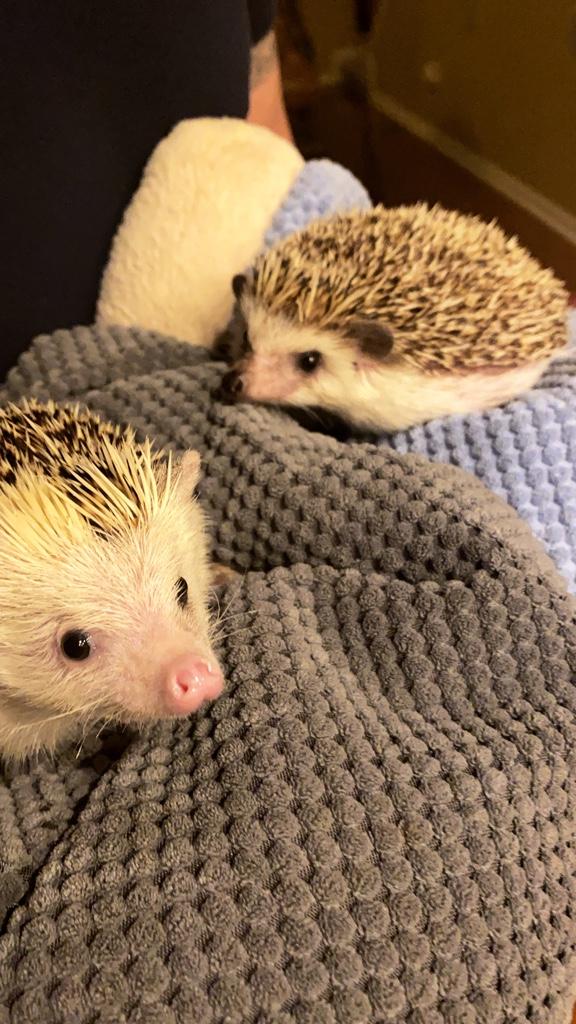 This is when Philipp was a baby and had a mild upper respiratory infection.

but those legos are cool!

OHHHHH..........no matter what type of being, they're family. In much ways better than people.

I'm sorry to hear that. That sucks.

Dave my condolences...just a animal lover who believes all gods creatures have a purpose in this world.

This is for the bird's. My days have consisted of watching morning news/breakfast. Then about 10-11 I try to find to find some new movie to watch or show..A lot of Ancient Aliens this week. Then go hang poolside and listen to some music.till about 5..now let’s think about dinner .. Eat then think about what I’m gonna fall asleep watching...Is this Ground hog day....

I don't know if I would watch the news all the time, with all the negativity out there.  There is only so much I can stand these days.  With the 24 hour news cycles, it 24/7 corona virus updates.

I've always wished someone would start a channel with only good news on it.  I think it would be very popular.  People are tired of negative all the time.

At least I can drive my GTR with no traffic now.  I even hit 100 every so often on the freeway (still watch for cops, but have only seen one the last couple of days) which never happened before this whole mess started last week.

You’re right about all the negativity. We are bombarded with it 24/7. I believe this is half our problem with basic necessities being so hard  to come by right now.  Hysterical people thinking ..Holy shit were never gonna be able to get toilet paper again .    Do I need 80 cases of bottled water?

a FYI The cops here have said unless you commit murder or rape,they are not arresting you till after the crisis is over

Same here with police - buddy is a sheriff and he says he’s not pulling anyone over and they stopped roll calls.

Thank god I still have 500 rounds for my 9mm. No more test or practice rounds.

If you need more than 500 rounds at this point and time, we are in a lot more trouble than we think!

If you need more than 500 rounds at this point and time, we are in a lot more trouble than we think!

LOL. that's what I thought when I bought my 1st gun. I've got friends that store 1K rounds for practice and 1K rounds for defense for EACH gun they own.

We’ve got one week of food, 4 rolls of TP, and about 50 rounds of .45 acp. But! We are in Arizona and this virus dies with UV or warm weather. I think we’ll be ok

We’ve got one week of food, 4 rolls of TP, and about 50 rounds of .45 acp. But! We are in Arizona and this virus dies with UV or warm weather. I think we’ll be ok

Yeah when it’s mid 80’s and hit 90 already,2,days ago.  I don’t think it will live long in Fl either,but like everyone,else worried about my parents and the elderly

Was so bored Time for a haircut

I am gunna need to trim the mop at some point.. Thinking a crop cut might do it nicely.