A Day in the Life of Bulletproof Automotive / GT-RR

35 replies to this topic

The Gt86 you did with the red interior is still up to this date the most impressive Interior on any car I have ever seen.. just insane.

Some more photos of the Kuhl Racing painted engines:

pics of that gt86 please

Here are some photos of the interior on our "Concept One" FR-S. 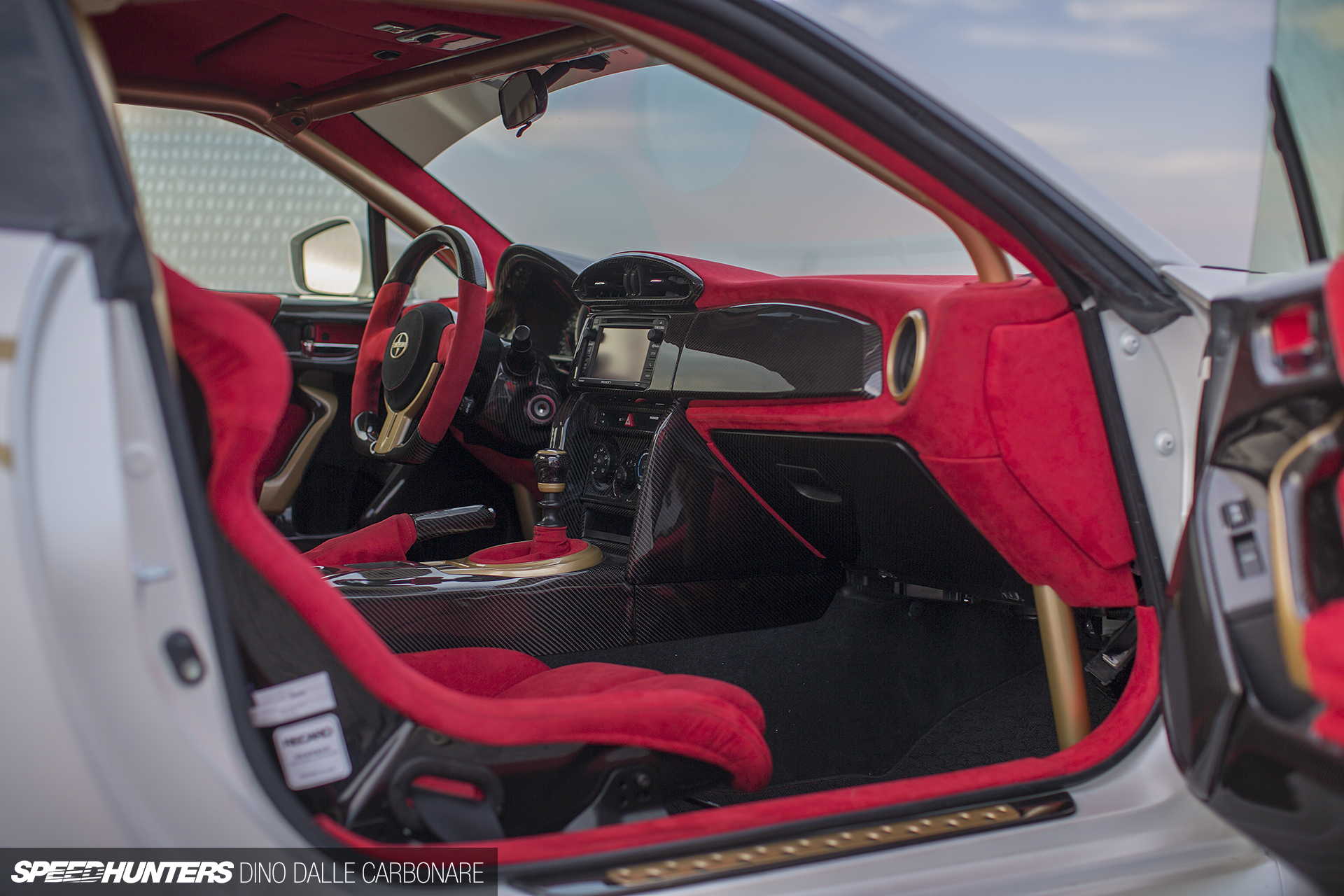 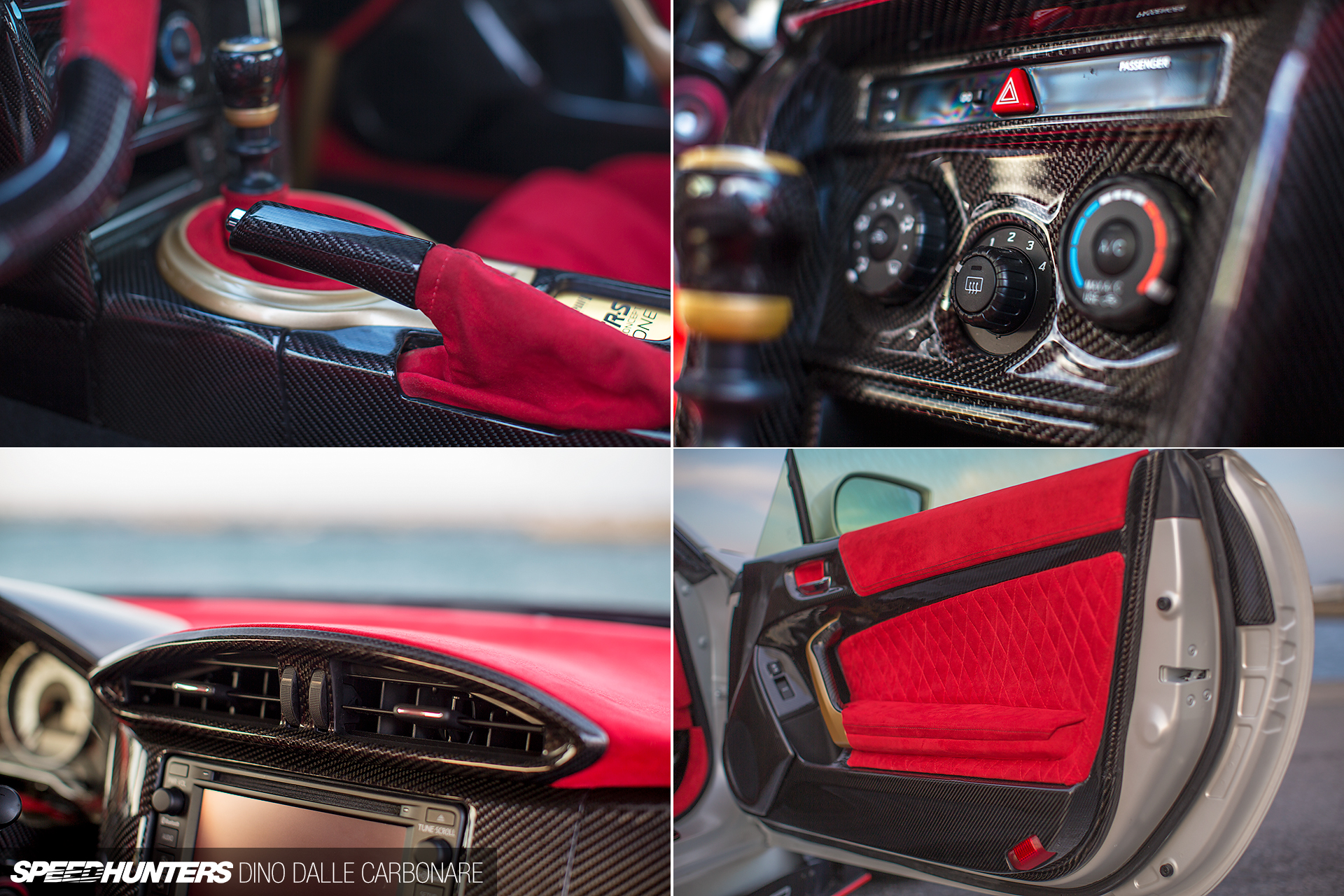 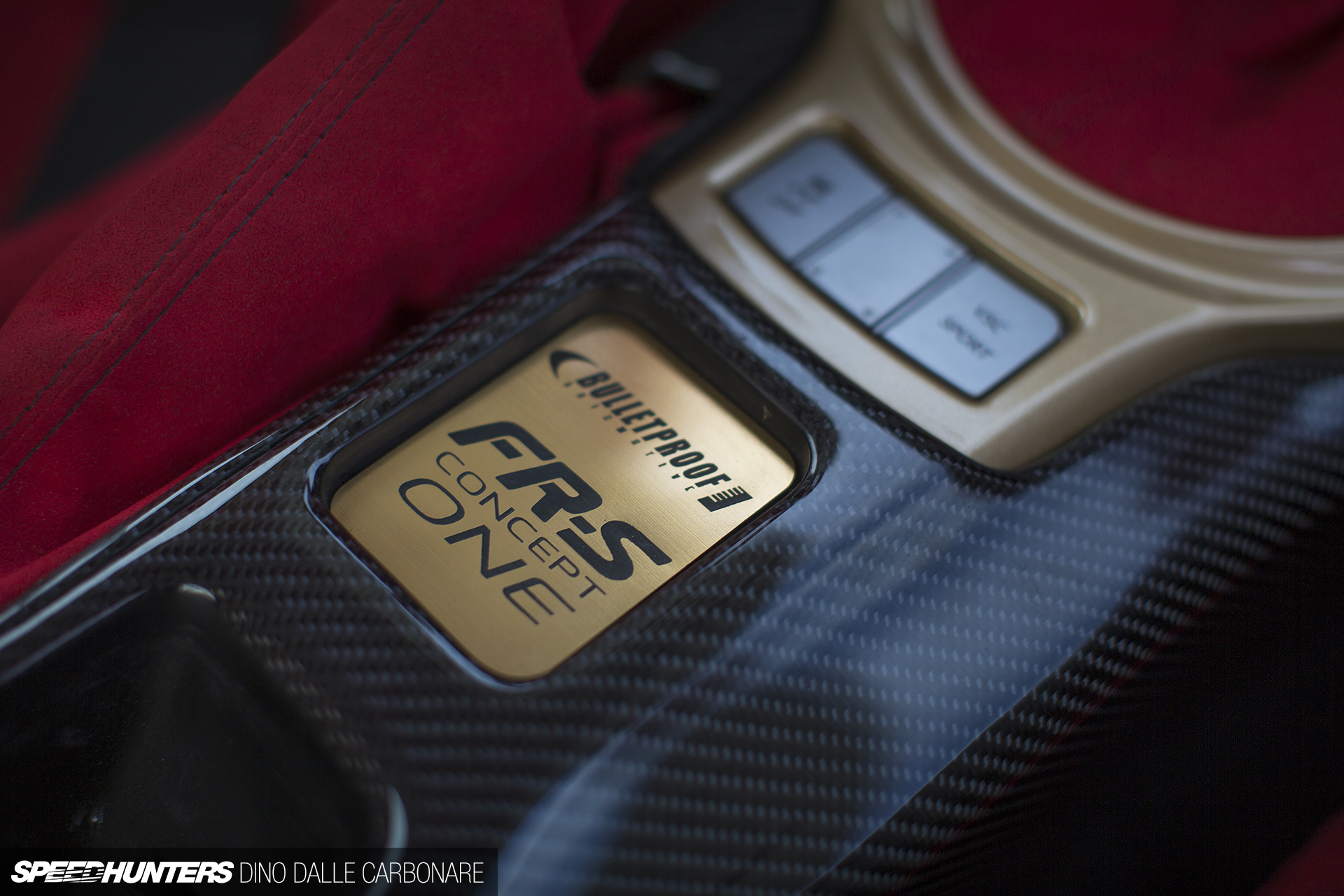 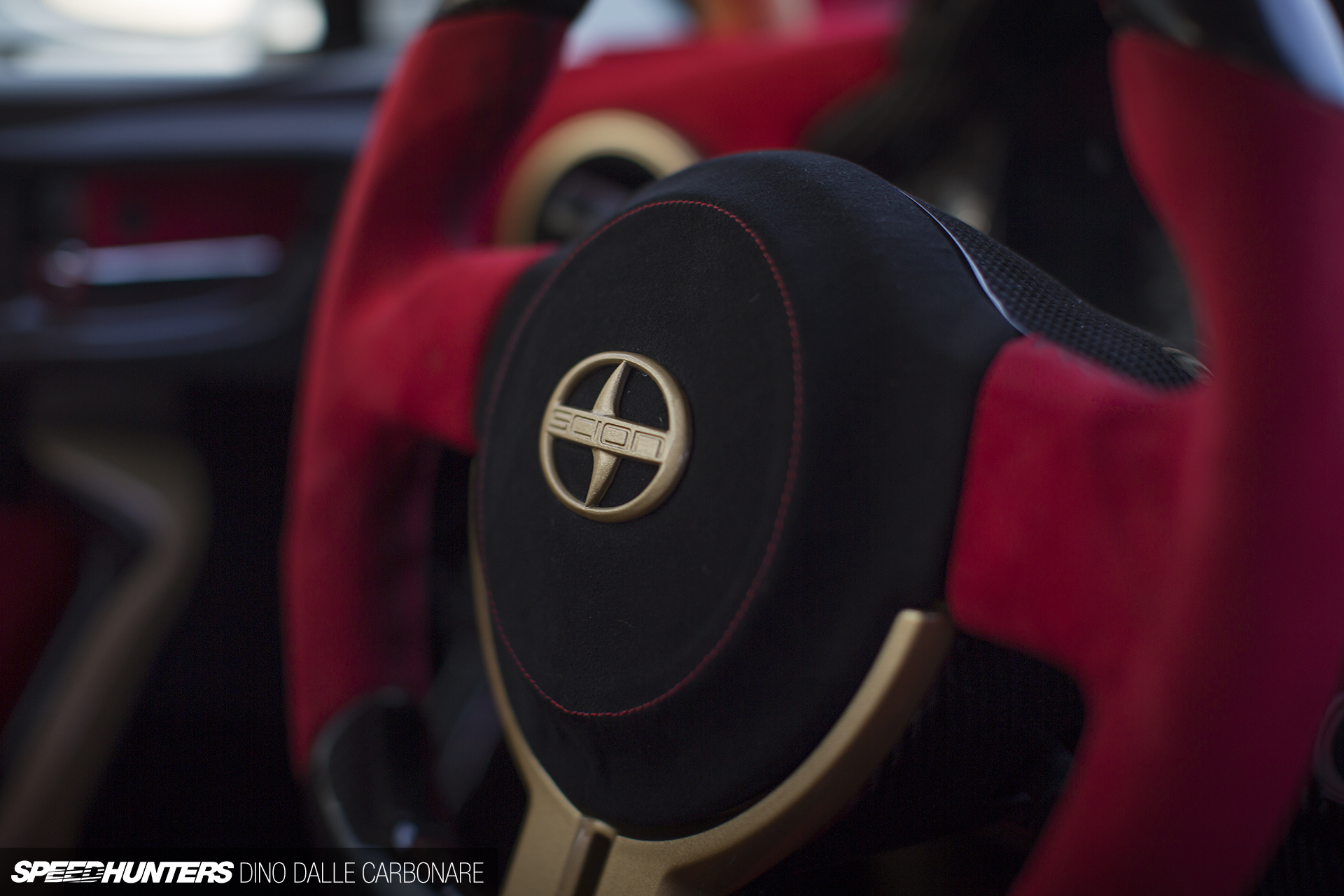 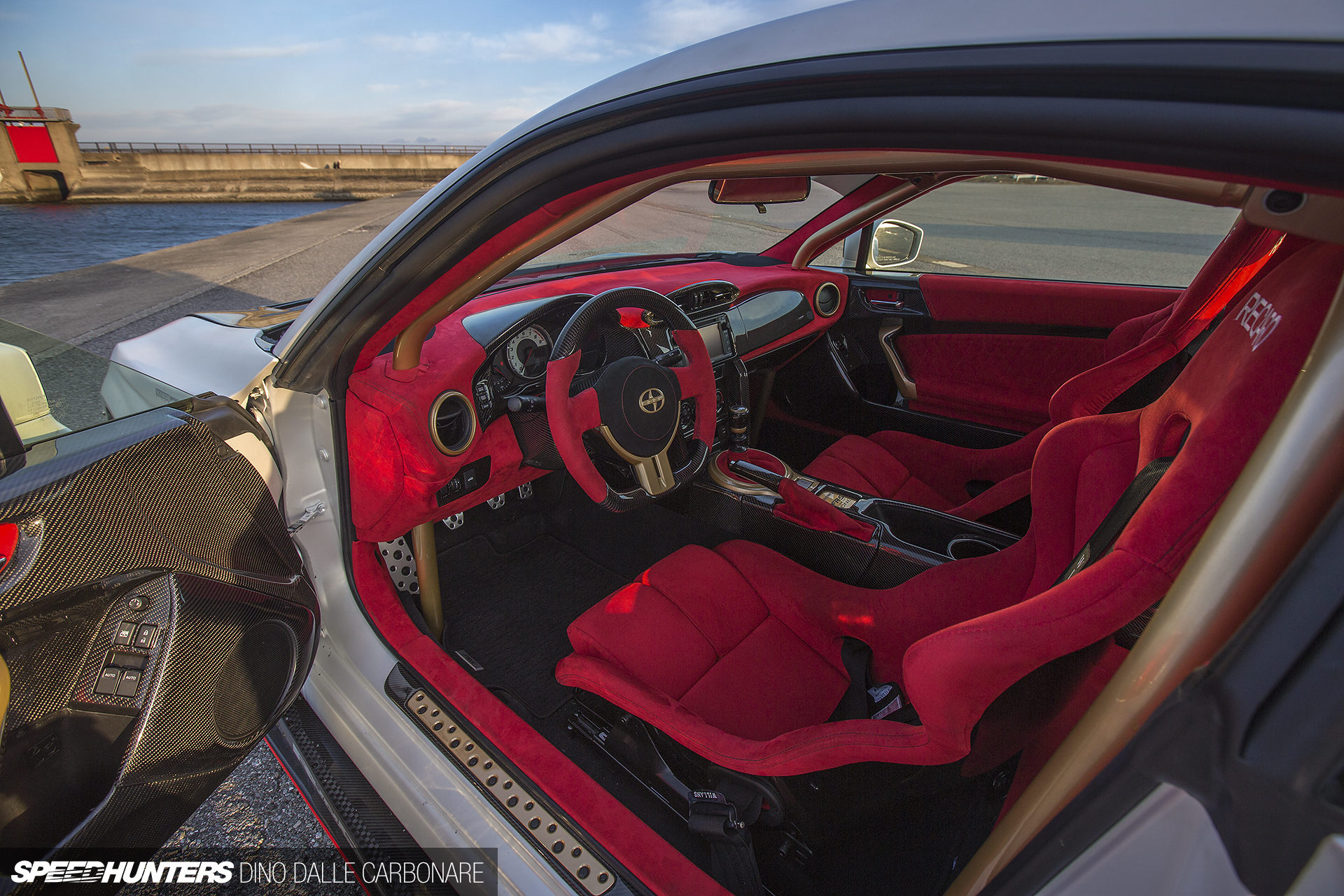 Right now, the car is actually on display at the world famous Petersen Automobile Museum here in Los Angeles: 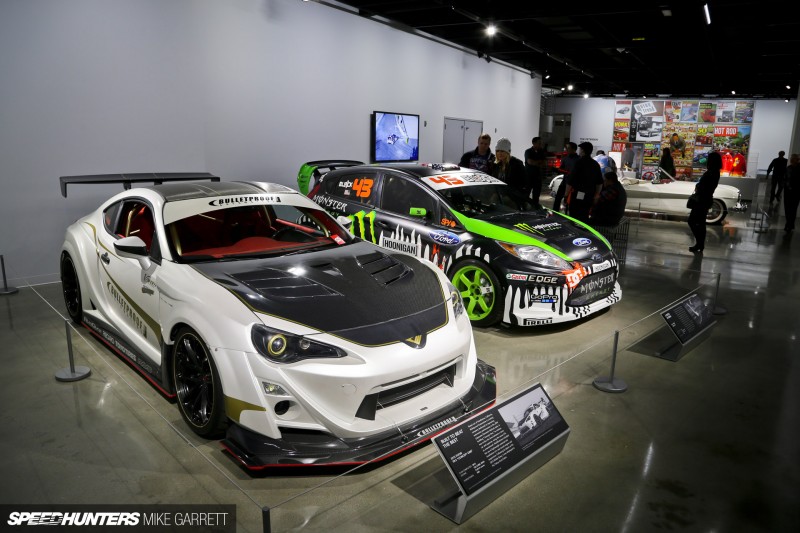 the guys at Nissan need to make the r35 more like that!!

UPDATE!
It's been a long time since we've updated this thread,
Recently had a customer bring in his newly acquired Aurora Flare Blue Black Edition for an inspection, and quick service shortly after he purchased it from East Coast.
Unfortunately, Even though the buyer had a PPI completed, there were a host of issues that weren't noted in the inspection...

First task was to inspect car. East Coast winters can be rough, and we spotted some serious rust on the flanges and main tubing of this exhaust:

Next most obvious thing was the heavily worn, cracked OEM rotors:

Ordered Alcon C-hooks immediately!!
Looks like the previous owner hit something quite hard to bend both lower grill brackets, as well as damage the front lip.

Second thing was to address the fueling issue the new owner was having; the power abruptly cutting at WOT.
Found a few issues that needed to be addressed immediately:

Ever wonder how a fuse gets itself to this point?

We found what looks like an "attempt" to hard-wire the fuel pumps, with one of the wires worn bare and rubbing against the chassis (probably what was causing the fuse to nuke itself).
We're slowly working through all the issues on this car to get it back into fighting shape for our customer, its new owner. We'll have some forthcoming updates on the progress.
On a lighter note! We added this new little lounge area for anyone that visits

He should look at the rusty exhaust as a good thing. Gives him a reason to get that sbd crap off there.

Geez, so much for PPI.  Luckily he's in good hands now!

Great thread!  I love to see these updates from bpauto.

Hello Everyone!
Hope you all are having a solid week and finishing strong, Here are some updates at the shop!
The Line up outside this week

A few more Overtake GT-R's inside being built, this is a great comparison of the gloss finish vs the matte finish

Bonus points if anyone can tell me what kind of exhaust is on the Gloss Overtake GT-R!
The Blue GTR we've been working on for our customer has some updates as well!
New rotors to replace the old cracked ones.

The fuel harness turned out to be quiet a bit worse then we expected and required more mending than expected
Here are some before shots.

After unraveling the harness and finding exposed wire and literally some of the worst wiring we've ever seen, we then set out to fix it.

After mending the harness,

Once the blue GT-R nears completion we will be taking it to get tuned and then installing a new Greddy exhaust and have more solid updates to post!

Wowzers at that wiring.

Wowzers at that wiring.

Yeah, after digging into it, we got a bit concerned thinking how this car has been driving around like that; one of the wires to the secondary pump shorted out so badly that it burned through the shielding, and melted the top of the connector slightly. At this point, recommended to the customer that he have us return the wiring to OEM and install a plug and play hard wire kit (he chose the Visconti PnP one).

Sneak Peak at something amazing.

Sneak Peak at something amazing.

Is it a replica Nismo kit? I'm not a fan of the way the back of the Nismo looks but I know others do like it so I'm sure it will sell.

Is it a replica Nismo kit? I'm not a fan of the way the back of the Nismo looks but I know others do like it so I'm sure it will sell.

LOL. Not at all. Both are real deal Nismos. Getting ready to do something very special with the black one.

LOL. Not at all. Both are real deal Nismos. Getting ready to do something very special with the black one.


I hope it's not Overtake body panels...

Our friend and local customer Brian dropped by on Thursday to have a few Overtake parts installed on his Super Silver GT-R.

He picked up a collection of Overtake’s high-quality dry carbon fiber exterior accessories, including:

We recently had a few 17 GT-R's here for new exhaust installs aswell as Andy's DBA back here to resolve some issues and install his new Greddy exhaust.

Most of the shots were on the lift to note the differences in design between each of the three systems we installed.( Overtake 100-V, Greddy 90mm PE-R, Greddy Supreme-TI 94mm Titanium)

After we installed the Greddy Supreme-TI 94mm Titanium exhaust in our customers Brand new 17 with Red Amber Interior.

Lastly, we installed an Overtake 100-V system onto the another customers 17 GT-R

We have a few different projects going on here at the moment, but if anyone needs information on a installing a 17 exhaust or any of the units mentioned or even exhaust units not mentioned, please feel free to PM us with any quesitons!

Just hanging around this week on our Overtake parts..